Looks like I forgot to add a note here – I’ve moved this blog to nigelb.me! Follow me there 🙂

At UDS, I met the Launchpad folks, who encouraged contributions to Launchpad itself in a couple of sessions.  I’ve tried twice before and always get stuck with the getting a virtual machine set up stage.  This time, I decided that I’m going to skip that step and go ahead and install it on my lucid laptop.  As soon as I got back, I installed it.  rocketfuel-setup is a 400-line shell script that does the heavy lifting of the installation for the user.  After having written such a script at work, I have huge respect for the author of this script 🙂

After installing, I looked around for a simple bug to fix and picked bug 645825.  The bug appeared easy enough to fix and I had a fix ready in a few minutes.  I proposed a merge and was told that it needs work.  It needs test cases!  Another day I spend with poolie, jml, and gmb and a few hours of learning to write test cases for Launchpad.  Gmb and I used etherpad to collaboratively write the test and I’ll be honest, that was great fun and very productive.  Multiple tries and we finally got it right and he landed it in ec2 for the entire set of tests to run.  The tests failed.

I quickly popped by #launchpad-dev and wgrant and mwhudson helped me fix and wgrant landed it into ec2 for me.  It passed and I did a qa on qastaging.launchpad.net!  I’ll be honest that it was an extremely proud moment.  This kind of made me want to fix another bug and I found bug 203478.  This was something that did irk me before UDS.  This time, deryck helped me with writing the test cases correctly first, watching it fail, fixing the bug, and then watch the test succeed.  Did something hugely silly this time.  I was running the test in a new branch and writing code in the devel branch, which would lead to test not being found, fix not being effective and a bunch of problems.  Lesson learned is to use only my branch never the devel branch.

Overall, I liked fixing LP bugs though I’ve been told that its a brave move.  The Launchpad developers have been extremely friendly and welcoming for new community developers.  I think I’ll take more time to figure out the more complex bugs, but its fun helping fix the ones I can.

Its that time of the year again and we’re having Ubuntu Developer Week soon (Feb 28 to Mar 4).  This time around we’re having Lightning Talks as the last session (Thank you Mike for the suggestion!).  If you’ve build an interesting app on Ubuntu, we’d love to have you talk for about 5 minutes about your app and why you made it.  You can add in a little technical info about it, say what help you could use, and provide a link to it!  Add your name at the bottom of this list if you’re interested!

We also have 2 suggestions for talks about Debian

How to co-ordinate with Debian, how-to for forwarding patches and bugs and other ubuntu-specific debian things like how to use reportbug

If you’re interested in taking one of those 2 sessions, add your name to an empty slot in the timetable!

A long awaited blog post about the Ubuntu Developer Day.  Jorge has been saying ‘PICS OR IT DIDNT HAPPEN!’ for a while now.  Anyway, I got all the pictures today morning finally.  I don’t remember how I first heard of Ubuntu Developer Day, but I remember registering within minutes of it being announced.  I got  a text the previous night reminding me that the registrations would start at 8:15 am and the sessions would start at 9 am.  The area where the conference was happening was quite close to my place, but with the morning traffic, it took almost 30 minutes for me to get there.  I went along with 3 of my colleagues who’d also signed up.

John Bernard from Canonical acted as the MC for the event and we started with Prakash Advani welcoming us.  We learned that people had come from Sri Lanka and Himachal Pradesh (that’s 2400 km away!) to be here.  After the welcome was John Bernard’s where we are.  He started with the Discover Ubuntu commercial.  I’m guessing a lot of people have already seen it.  It set the mood for the rest of the day I guess.

Then came Jon Melamut’s keynote.  He talked about the chasm among other things.  The talk was mostly things I’d heard of before and for my colleagues it was very interesting to hear about it.  I don’t remember a lot of the talks.  I should perhaps have taken notes.  The talks were too interesting to take notes and I’m hoping the slides will be up some time today.

After Jon, Dipankar Sarma, from IBM’s Linux Technology Center talked about the work IBM has been doing in the Linux space.  His talk was at the kernel level and perhaps went a bit over my head.  After his talk, I saw Ritesh, a Debian Developer I know, standing up and asking a few questions.  We broke for coffee and I chatted with Ritesh for a minute or two before getting back in.

After the break, Chase Douglas talked about the work on touch support in Ubuntu.  This was a talk I was looking forward to.  I had demo’d the touch devices there and it was really cool to try it out.  Chase did a really nice session and kept things interesting.

Nick Barcet took over for the next 2 sessions.  He took the pre-lunch and post-lunch session.  Now those are the traditionally more difficult sessions to keep people interested.  I have to say, he did a marvelous job of it.  It was great to see the work Canonical has been doing in the cloud and server and how things are going.

After Nick, we had a talk from Freescale and then another talk by Chase about Launchpad and Bazaar.  I had fond memories of Martin teaching me about Launchpad and bzr about 2 years back or so.  During lunch earlier, I’d met Hardik and he showed me the multi touch demo.  That blew me away.  I have to say, it was really cool!  I got to see a number of computer manufacturer’s in India selling with Ubuntu pre-installed.  Now, I know how which laptop to buy if I buy a new one.  We also got goodies! Everyone got a bag which had a T-shirt (don’t think that’s exact one), a pen, a CD, a sticker, a notebook, and a few of the handouts about Unity.

Then came the Marvel Keynote.  It was mostly talking about products that Marvel has developed and how its used in a lot of places.  Then came the session perhaps everyone where looking forward to, ‘Getting commercial applications to Ubuntu users’ by Randy Linnell.  Most of the talk wasn’t something new to me, but the audience was quite interested in the talk.  I was tweeting quite a bit during a few of the talks.  We didn’t have access to the hotel wifi, so I was using my colleague’s internet connection to tweet.

Finally, we had a wrap up from Prakash and the audience started trickling out.  I stayed back a bit and talked to the Canonical team who’d come down.  Later, I grabbed a cup of coffee down at Barista and probably left the hotel at closer to 7 pm 😉

This post has been long pending to be honest.  We had a Noname.unconf planned in Bangalore on 18th and 19th December.  The venue we planned was Jaaga.  It was meant to be a fun place to meet a bunch of hackers with some talks planned.  I met lifeeth, neena, and Hobbes` the previous night when they were setting the place up.

On Saturday when I walked in, I sat at the registrations table, signing up people who came.  We had about 40 people come in.  Interestingly, it was tazz’ and lut4rp’s birthday.  There was cake and candles and a lot of fun ensued.  I met with a small subsection of the hacker scene that day and it was awesome.  Lot of geeks.  Geeks are different things.  Geeks at networking, web design, sys admin, mathematics, and more.  We were planning on a conf app that day and decided to write it general purpose so it could be adopted any day.  Later that night, we went for dinner together recounting the experience of the day.  Again, good fun.

I went in to day 2 in the afternoon.  The talks were going on when I walked in.  They were quite interesting including the talk about UID in India, Debian and Ubuntu BoF, to name a few.   A few more new people to meet that day and then we packed up.  It was a fun weekend of hacking, meeting new friends, and talking to people about stuff.

Its that time of the year again! We’re having the Ubuntu User Days!  And this time we have a shiny new logo thanks to lyz 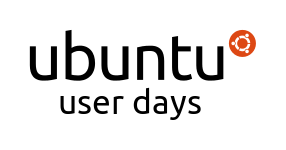 We’re still looking for instructors or interesting topics to teach.  So far we have about 18 instructors committed to teach various topics.  If you think you have some interesting topic a user would like to know about, leave a comment here or talk to us on #ubuntu-classroom-backstage on irc.freenode.net

Edit: The event will happen on Jan 29th and 30th.  The logo was originally created by leogg for the Spanish User Days.  Apologies for the error.

It was jcastro’s turn to update the stats this week, but tumblr’s down today and we’re all sad about it 😉

About a few days into Maverick cycle, my laptop’s motherboard died on me. I just felt hopeless and lost. About a month later I found someone who said he’d repair it for me. He did. A new motherboard and it worked beautifully. Only I killed it within 24 hours 😀 I’m awesome aren’t I?

Finally, last Friday I got it repaired. Now I have peace of mind to concentrate on my Ubuntu stuff. Its been a few weeks since we’ve stopped posting cleansweep stats. It was mostly due to work work and busy days otherwise. So, continuing it again. I’m very glad that I can now review patches again after while.

I just saw this site http://helloubuntu.com/

The concept is to showcase one image per day about Ubuntu. Done by a member of the French LoCo, I think its an awesome idea. If you have pictures about Ubuntu you want to see featured there, contact idea@helloubuntu.com